Wanting to develop our legs of steel even further in preparation for the many high passes we will encounter in western Sichuan, we set ourselves the task of completing the 180km from Lijiang to Shangri-La in 2 days.

The first day wouldn’t be too bad, but the second day promised to be a humdinger of a climb and it didn’t disappoint…

Beautiful morning of pure sunshine and blue skies. The clouds were mostly gone and we had a perfect view of Jade Peak mountain from our hostel. It’s sort of a shame we didn’t have this weather while we were walking the gorge, but at least we had a great day of cycling ahead of us instead.

We make our way to the PSB office and luckily get there right before a long queue forms. We have to wait a while but then armed with our visa extensions we hit the road, retracing our steps towards Quiatao but this time on the bike.

The gradual changes in the architecture (amazing ‘block’ tibetan houses) and cuisines are sure signs we are beginning to approach the Tibetan part of Yunnan and Sichuan.

We keep climbing through the valley after stopping in Quiatao to fill up our ‘washing water’ bottles and to buy oil and a couple of beers.

We were very lucky to find this great camping spot down by the river out of site from most of the traffic.

We cook up dinner, drink down the beers, snuggle down into bed and watch episode 1 of the cult to series Twin Peaks – don’t tell us who did it!

For those of you who like that kind of thing here is our profile of the days climb: 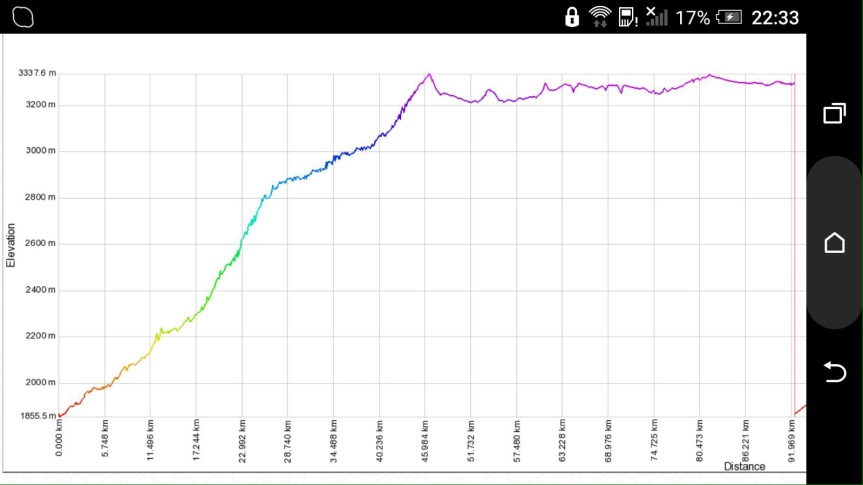 Knowing that we had a big day ahead our alarm goes off at 6.30 and we pack up, have a good breakfast and by 8.15am we’re away.

75 mins in and we had done just 13km. The road was fairly busy with trucks but we persevered climbing slowly.

After another hour and a half we passed by a cluster of buildings on the road and what looked like a place to eat. Not feeling particularly hungry yet we agreed to carry on for a bit. This was the first in a long line of errors we would make that day.

By the time we were hungry at around 12.15 there was nothing in sight… We struggled on up the valley for another 30mins hoping we’d pass something, our average speed had now dropped to 8km/h.

We were both really hungry by this point and we agreed we would have to stop and cook something up ourselves, it was annoying as we had only covered about 35 of the 90 we needed to do that day and we knew cooking ourselves would take at least an hour and a half. The other issue was that we only had a litre of water left… How did we let that happen??!

Our water purifying LifeStraw has sat in our back pannier taking up space for nearly 4 months. Well thank god we brought it. With it we could fill up a litre from a burst pipe on the road and know we had enough to cook with.

So we had filtered water and in the bag we knew there was half a broccoli, an onion and a bag of rice. That with the standard ginger, garlic and chilli we were going to be OK, we had a meal to cook.

We cycled up to a spot with a great view and, slightly desperately, got out everything we needed.

I filtered the water and chopped up everything while Paddy set up the stove.

But the stove decided it wasn’t going to work for us at this critical time. We cleaned and replaced the filter but all we got was a flickering flame before it going out completely.

We decant the kerosene into a bottle and sure enough a dark line of sediment sinks to the bottom.

No one can underestimate how hard everything is when you are really hungry. It’s difficult to make good decisions.

To cut a long story short, instead of simply decanting the fuel slowly back into the fuel bottle a few times, (leaving the sediment sitting in the bottom) we instead decided we should filter it completely in one go using a spare filter from the LifeStraw. The result was no kerosene in the bottle and all of it soaking into the hard dusty ground.

OK, now we had no stove.

2 oranges and 4 chocolate wafer bars each later we disbelieving  pack up the bike. We had wasted an hour and a half and we hadn’t even eaten. Groan!

Faced with a very long and tough climb (the first of a series of peaks we would need to complete), we got back on the bike. 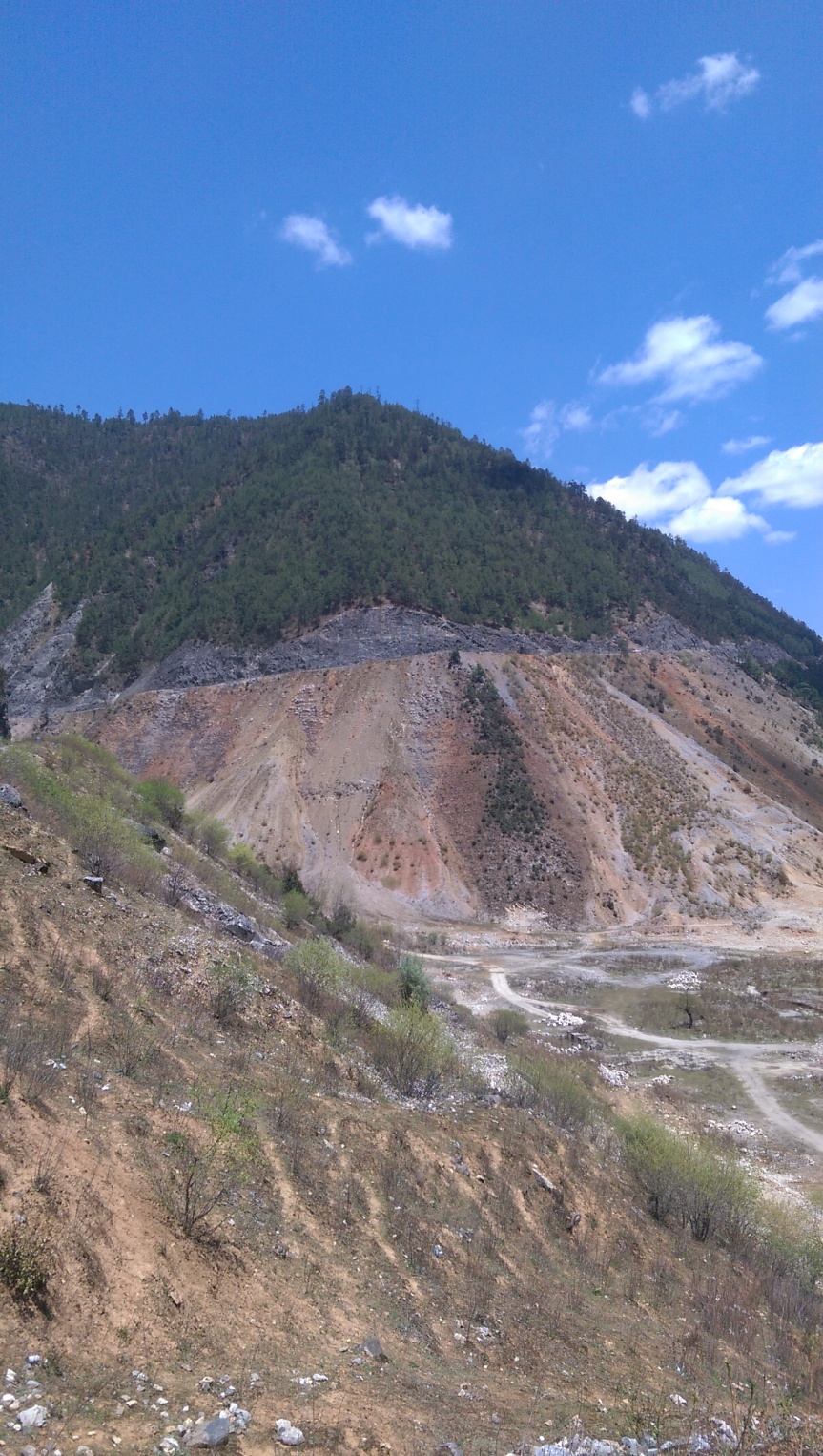 To top it off I was really struggling with my new saddle which was turning out to be worse than my old one.

I’m not going to lie, climbing that steep mountain was a real low point for me and after the epic climb I was beyond hungry – I admit, despite the breathtaking views, I had a little weep at the top! 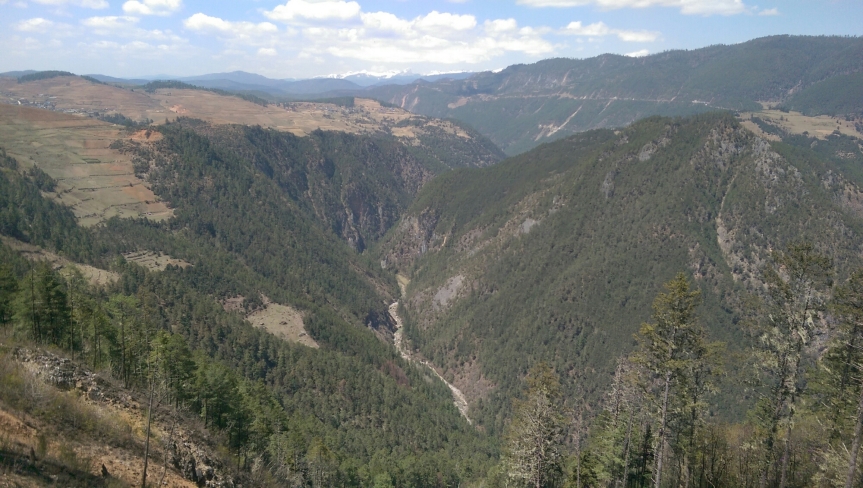 We finally find someone selling some pork skewers and buy his whole stock (total of 8 sticks) for 42Y.

We try to stay positive and muscle up the will power to cycle the 20km to the next major town where we gorge on a spectacular feast.

With the sun fading fast, the cold creeping in but with our bellies filled with glorious food, we manage to blast the final 34km in an hour and 40 mins.

We reach Shangri-la at 8pm (narrowly avoiding cycling in the dark which we try to avoid) and thankfully find a great little hostel very easily.

2 thoughts on “The Very Hungry Cyclists ”