In an earlier post I detailed how our first week in China had been spent following two of the three great rivers of Yunnan. The past two days saw us complete the trio, walking the  16km hike along the famous Tiger Leaping Gorge, following the Yangtze River.

The gorge is one of the deepest in the world measuring a whopping 3.9km from the raging river below to the snow peaked mountains above. There are literally shear cliffs which drop down 2.5km – basically, it’s pretty impressive as valleys go.

The highest point in the trail sits just over a giddy  1000m above the river bank which is where we started the trek. It took us just under 4 hours to climb to the highest point and some of it was quite tough.

Despite the rain, mist and roadworks (!) it was still an impressive and stunning hike and we met some lovely people along the way. 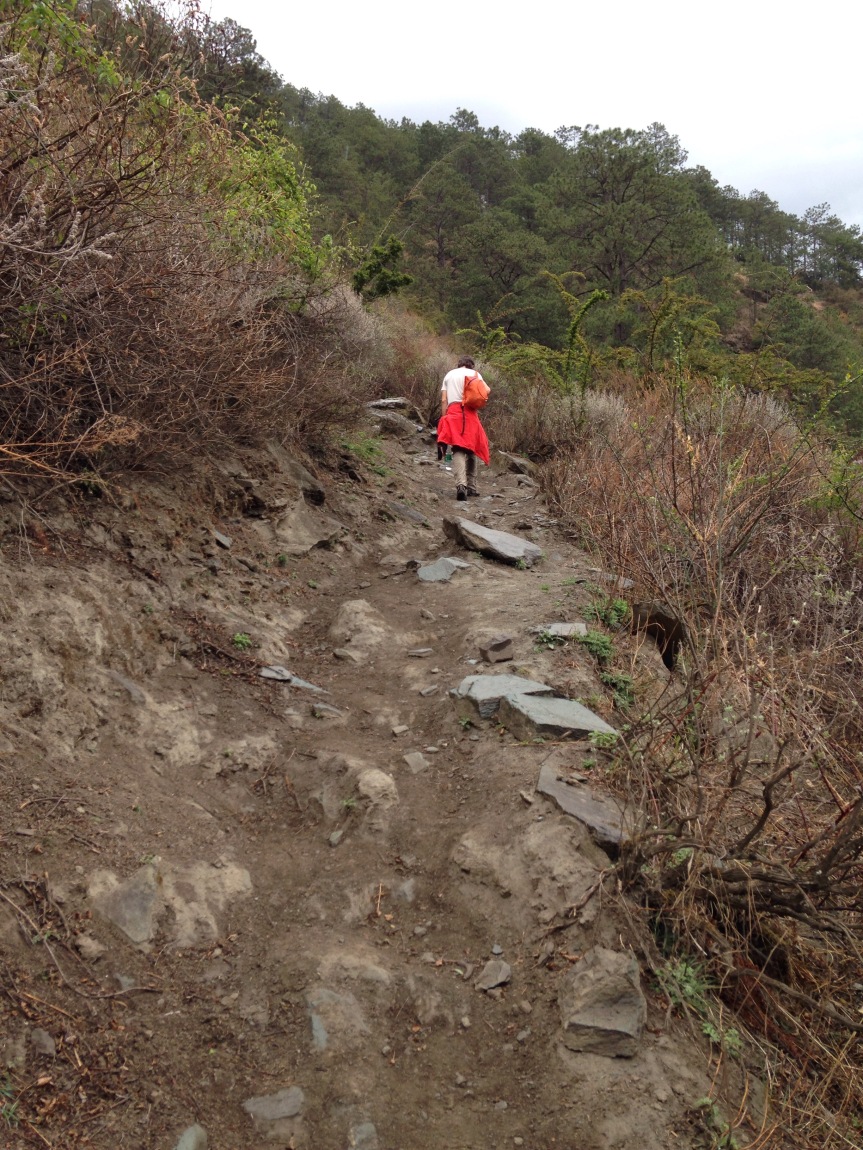 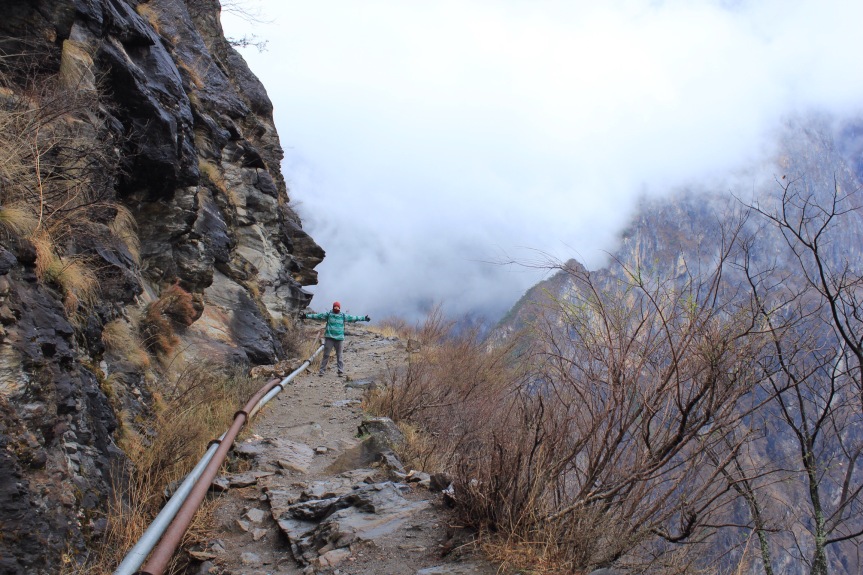 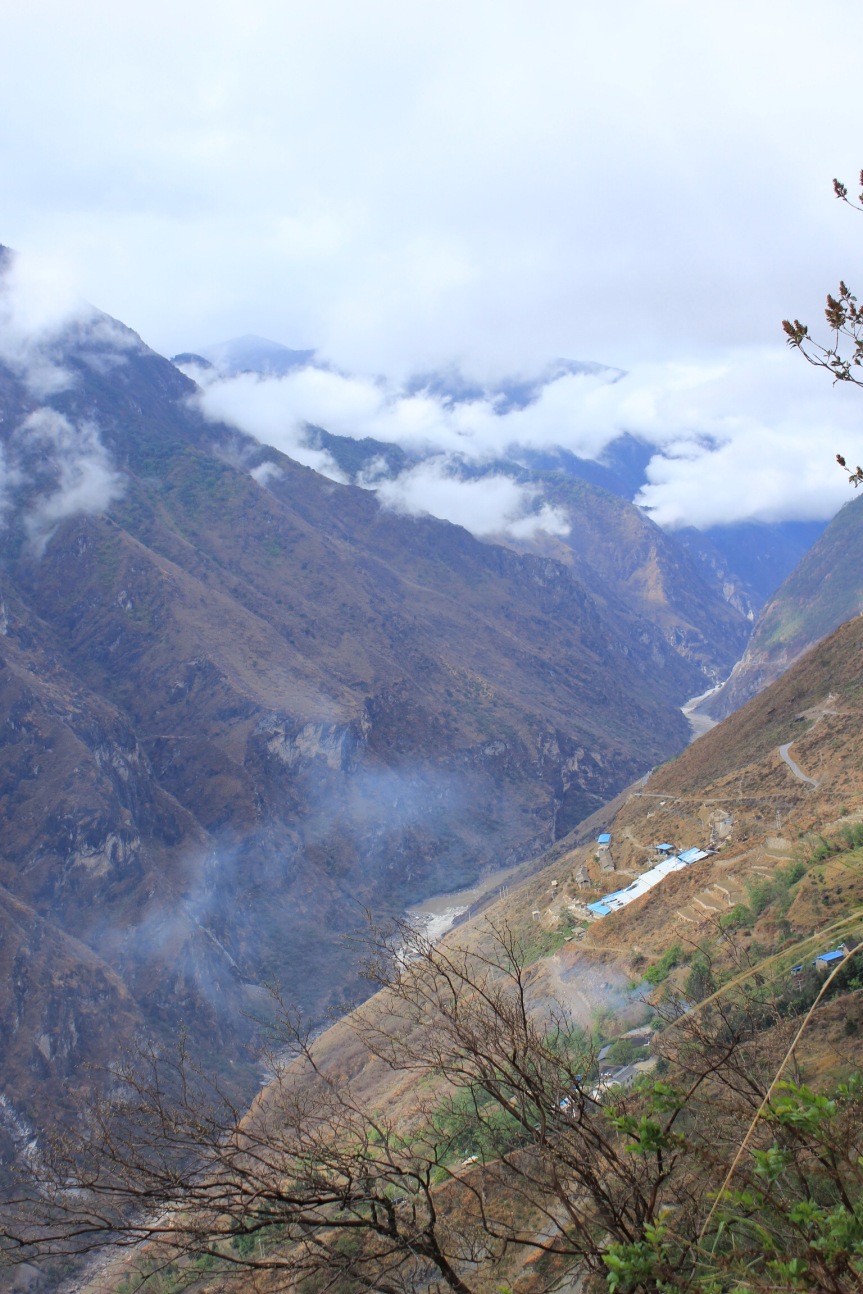