Having woken up after a good night sleep in our tent we prepared breakfast and got ready to explore the surrounding area of Kampot. We headed south into the countryside where we experienced our first glimses of rural Cambodia. We both have a good feeling about Cambodia, it feels more relaxed than Vietnam (and just as friendly) and we get a sense that wildcamping will be a lot easier over the next month. This is a good thing as its been quite a bit more expensive (Cambodia imports most things) but it’ll be interesting to see if this continues away from the touristy areas. Before we got here we heard so many reports that Cambodia was so much poorer than Thailand or Vietnam but we havent really seen this yet.

We’ve already passed lots of Wats or temples but we’ve also seen quite a number of Mosques and we even heard the callto prayer yesterday lunchtime.
We took some air out the tires once we turned onto the dirt red track. It was good to explore without all our gear and we were soon rolling through the harvested rice fields. It’s still incredibly flat and fertile but the country here is less intesely farmed than Vietnam and there are a lot more cattle – the cows all have humps and huge flaps of skin on their necks!! We stopped at a village party (well it might have been the morning after actually) where they were playing live music.

Our first stop were some natural caves at Phnom Chhnork which have housed a temple since the 7th Century. We were quite surprised when our guide led us through a hidden, pitch black passageway on the way out.

We followed a small canal for a few km until we reached a huge reservoire locally called ‘secret lake’. 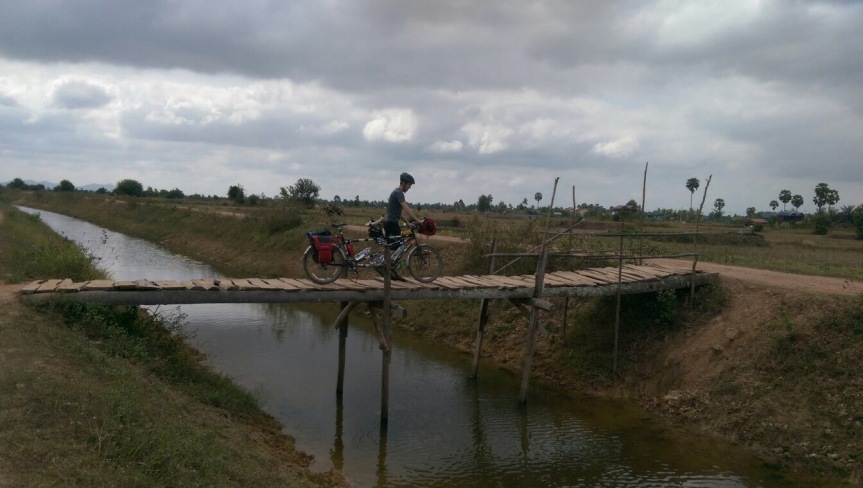 We chose our waterside spot and cooked up our lunch. The helinox chairs again coming into their own! 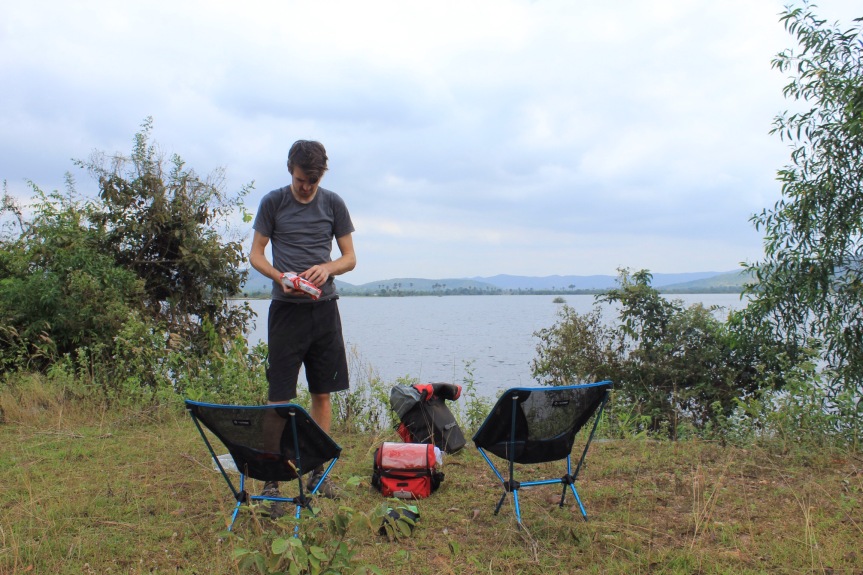 This dragonfly fly kept us company throughout our stop.

After a quick dip to cool off we headed back completing our 45k circle, finishing the evening with a few beers and a game of chess.

Tomorrow we tackle the 1080m climb up Bokor Mountain…