Pretty boys
The boys in Myanmar far outstrip the girl for being ‘into their looks’.

Most of the the teenage boys you see will have dyed hair, carefully styled into an extravagant back comb. All the hairdressers we’ve seen are men and we’ve only ever seen men having their hair cut. Peroxide hair colouring is very popular, we’ve seen a pink perm!

Diamonte flip flops, gold earrings and skinny jeans are not uncommon and these young men tend to move in packs as they drive around on their motos, carefully checking their beehives in their wing mirrors before they climb off.

The girls are comparatively unassuming, meek and sensibly dressed, normally with their hair in a long plait or often cut short.

For some strange reason cyclists just don’t get chased by dogs in Myanmar.

We have no idea why this is but its true and other cycle tourers have said the same. Vietnam yes, Cambodia yes, Thailand YES, but Myanmar – no.

Fish knife in replacement for normal knifes
In many of the hotels and guest houses we have stayed in, they like to give you a fish knife instead of just a normal knife!

Spreading your butter is a little harder but otherwise it works quite well!!

In 1970 the bizarre decision was taken to switch the country from left to right hand drive. Instead of this decision springing from a desire to cut all ties with its colonial past (UK drives on the left) it is rumoured that the change was in fact made to ‘ward off’ attacks from right-wing political groups. Another bizarre example of how superstition has often dictated government policy here.

The majority of cars, busses, trucks and other vehicles are still designed for left hand drive however.

As a cyclist this often means you get consumed by large clouds of black smoke from their exhausts… Particularly unpleasant when large trucks struggle past you as you gasp for air.

Many people have replaced their truck engines with a more reliable, simplified Diesel engine which is mounted on some beams sticking out the front of the truck.

Paddy likes to examine these engines closely whenever he can!

The Burmese are obsessed with coffee mix (instant coffee, sugar and creamer) here. You see it served in every hotel, it is available in every shop or cafe and there are about 50 different companies who all have an extensive advertisement campaign for their specific brand all across the country.

It is, of course, horrible but somehow we have both grown to really like it!

Drivers in Myanmar use their indicator in a variety of situations on the road, many of which are entirely lost on us. We just don’t understand what the truck drivers are trying to tell us!!! It’s certainly not to say ‘I am about to turn off’ or ‘I’m overtaking imminiently’.

1.5 L bottles
…are nonexistent in Myanmar.

You can’t buy them anywhere in the country. You can only buy 1L or 5L bottles… If your bottle cages are the standard size/design like ours, be sure to save and reuse your bottles from Thailand, India or China.

Don’t feel a need to buy 2 of every meal in Myanmar like you do in Vietnam or Cambodia. 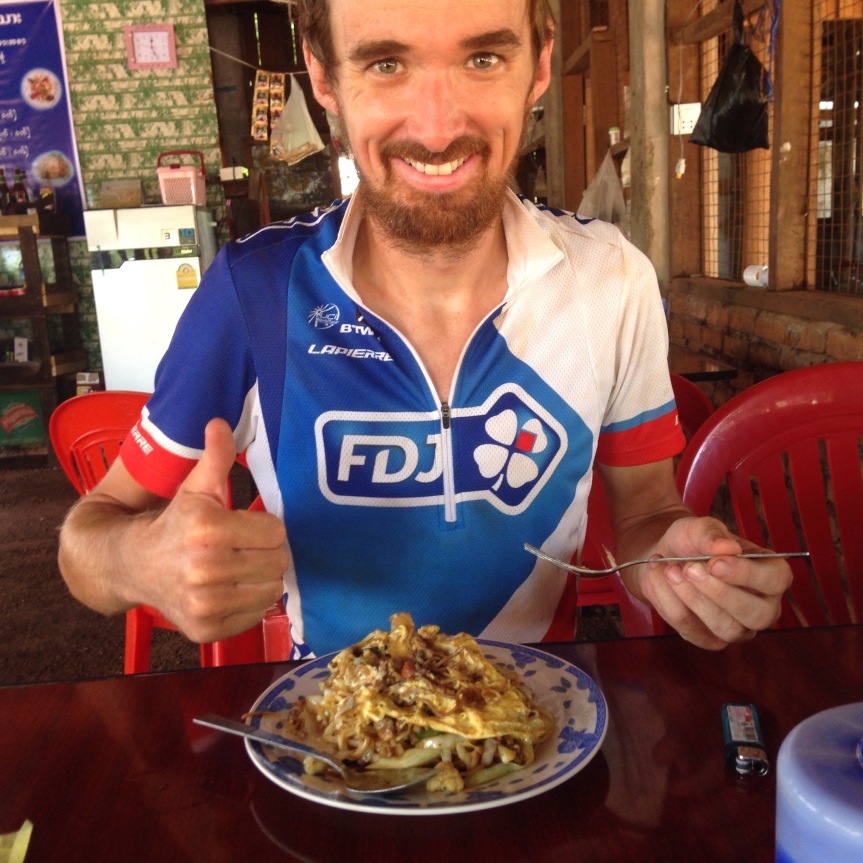 Portions are BIG and a lot of the time more rice will be brought out if they think you are still hungry.