We ended up staying in Bishkek for 12 days in total.

Like the majority of other travellers who find themselves on an extended stay in the city we were there to apply for a number of visas.

Unlike most of the other countries in Central Asia, Kyrgyzstan has a free 60 day visa which you can renew as many times as you like by simply crossing over into neighbouring Kazakhstan – an hours drive from Bishkek. So although the capital doesn’t have much to offer in terms of great sights, plenty of travellers end up here, often seeing out the bitter winter before carrying on their journeys east or west.

The only trouble with staying in a city for so long is that it can easily become expensive. Luckily we were able to organise an extended stay with a lovely guy called Andrey who lives in the southern suburbs of the city.

Andrey is a Warm Showers and Couch Surfing host who only asked for 300 som a night to contribute to electricity and wifi costs. As we were staying for so long we really didn’t mind contributing this and his spacious house with its wild garden of fruit trees and raspberry bushes made a great base. 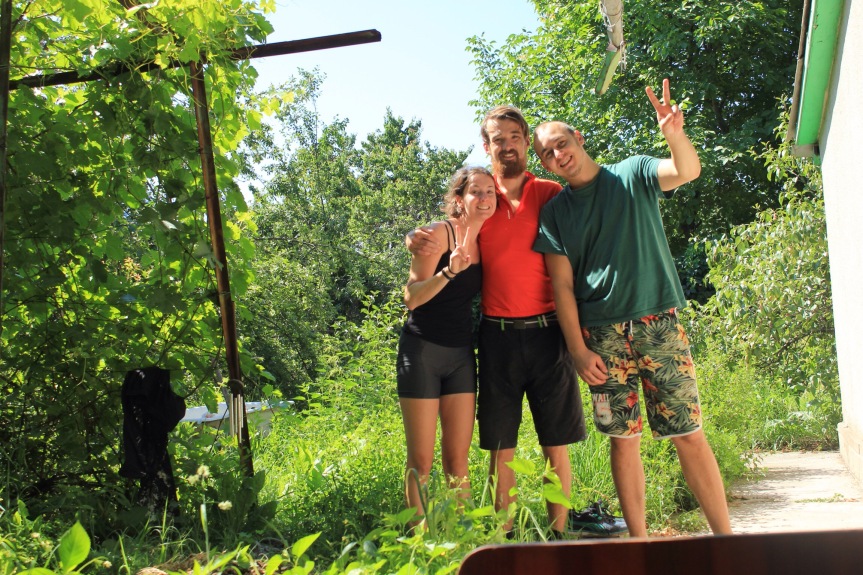 We often ended up cooking and eating together and by the end of our stay we were sad to be saying goodbye.

Between our multiple visits to the Tajik, Uzbek and Iranian embassies we managed to take in a few tourist sites.

Bishkek has a large concert hall home to the Bishkek Philharmonic so I was keen to see a concert while we were there. It proved incredibly difficult to find out what was going on however as the concert hall was closed the first day we tried to go and when we did manage to get in the building two days later there were no posters, flyers or programmes to tell us what might be happening.

Knowing a bit about the ins and outs of concert halls came in handy at this point and so I wondered round to the stage door and found myself face to face with a small crowd of people smoking outside, all with instrument cases slung on their backs. Orchestras are the same wherever you are in the world!

I managed to have a garbled conversation with a friendly flautist who told me that a concert was taking place at 5pm in the Opera and Ballet Theatre down the street.

So after lazing around in the nearby park we locked the bike up and at 4:45pm found ourselves seated in the elegant Opera House ready to enjoy a free early evening concert of we didn’t know what!!

It was very busy, although we were definitely some of the youngest there, and the audience were pretty dressed up for the occasion, many of them carrying huge bunches of flowers which slightly confused us.

As the lights went down it soon became clear that this was a special celebratory concert for Kyrgyzstan’s great lyric soprano Kaiyrgul Sartbaeva.

After playing an introductory film documenting her life, the curtains went up and there she was, dressed in a glittering white gown sitting on a red and gold throne with the orchestra seated behind.

There were MANY speeches by presidents of various societies, fellow singers and politicians from various government departments. We could tell it was quite a big deal. There was much theatrical embracing and presenting of flowers which were placed ceremoniously around her. Her assistant had to keep running on stage to make a gap so she could disentangle herself from the stems to kiss and thank the next speaker.

In between the speeches the orchestra and a guest singer would come out to perform something. The first couple of numbers were traditional Kyrgyz songs averagely sung with a microphone but as the evening progressed the singers got better and better and by the end Paddy and I had been treated to a fantastic rendition of L’amour est un oiseau from Carmen, a faultless performance of Una voce poca from The Barber of Saville (one of my favourite pieces of all time, especially when C﻿ecilla Bartoli sings it), the love duet from Puccini’s Turandot and the mass finale from Verdi’s Aida.
All in all it was pretty special and we left feeling very lucky that we’d stumbled across it.

…and enjoyed watching the football in the many beer houses.

One night, a young guy approaches Paddy, offers the customary hand shake and asks if he wants a ‘Hookah’. Shocked, Paddy declines, pointing at me to explain he is here on holiday with his girlfriend. Confused and embarrassed the guy leaves but 10 minutes later we see him carrying a shisha pipe out to the group of girls next to us….

We later discover that Hookah is the word for a kind of shisha pipe here in Kyrgyzstan!

After a week in the city Andy and Claire, another cycling couple (read their blog here) arrive into Bishkek. They have been following our blog and we theirs ever since China so it was great to meet up with them finally.

Andy and Claire have been living in Japan for the past five years teaching English and decided to cycle home to the UK before deciding what to do next.

Along with them came our South Korean friend JK who we hadn’t seen since Lithang in China!

Saturday night saw us all hit the tiles together with our friend Will who we had met earlier that day while relaxing at one of Bishkek’s many outdoor pools.

It ended up being a pretty late one and Paddy and I didn’t roll into bed until 10am!!! 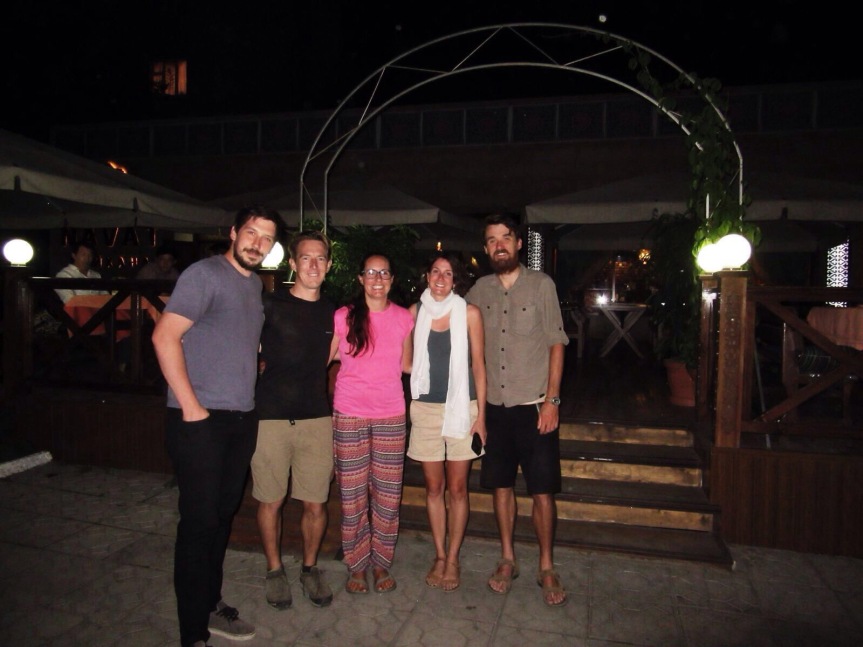 It was a great couple of weeks in Bishkek despite following the political turmoil happening back home! At least Ireland and Wales did/are doing pretty well in the football!

We got all our visas and now it’s time to get back on the bike and head south east back down to Osh before heading into Tajikistan. 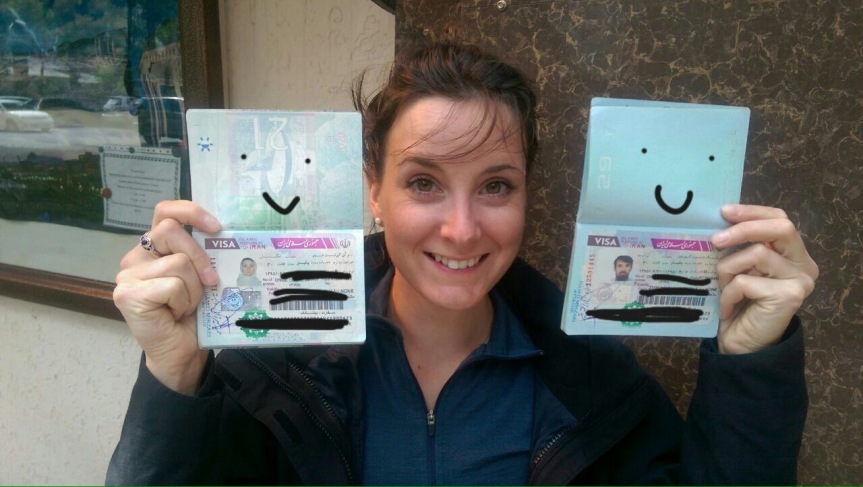 One thought on “Bishkek!”