We had a good lie in the next morning but were awoken by a loud chanting coming from outside on the street. It sounded like protesters so we opened our curtains and peered down to see what was going on.

It wasn’t protestors it was instead a mini ‘pep rally’ for all the staff working in the hotel opposite us.

It was very surreal watching what was essentially an indoctrination session… all these young cooks, waiters and receptionists shouting out different slogans and phrases which they were reading from lamenated sheets of paper held in their hands.

A young man in the middle of the circle was leading the proceedings, he would shout phrases out -sometimes right in people’s faces – and the group would answer.

The session went on for at least 20 minutes and by the end they were all literally screaming at the top of their voices! It was if they were in some sort of weird competition to see who could demonstrate who was the most dedicated to their work…

Anyway… Dege was the closest we were going to get to experiencing a Tibetan town so we spent the day exploring the sites.

The main attraction in Dege is the Bakong Scripture Printing Press which is housed in a stunning 18th Century monastery.

The printing press still uses the traditional woodblock method and the space houses a staggering 70% of Tibetan literary heritage, maintaining nearly 350,000 woodblock scripture plates of all the Tibetan Buddhist orders as well Bon, the religion which predates Buddhism.

It’s a real shame that we were not allowed to take photographs of any of the rooms as I know my grandad (who started working in the print business when he was in his teens) would have loved to have seen some pictures. There were literally hundreds of rows of wooden pallets all engraved with the beautiful Tibetan script. A simple cataloging system on the corner of each shelf is the only means of the workers knowing which is which.

In the attic of the building, surrounded by beautifully painted Buddhist murals, were the worker’s stations – shallow pans filled with black and red ink and stacks of wooden pallets which had been used that day littered the floor.

Downstairs we passed other workers cutting and soaking the long sheets of paper ready for the next days printing.

Dege itself is situated in a deep gorge, the buildings are literally built into the rock face, stacked on top of each other on either side of the river.

We had a very enjoyable walk through the higgledy piggledy backstreets which led us up through the lovely Tibetan wooden houses. 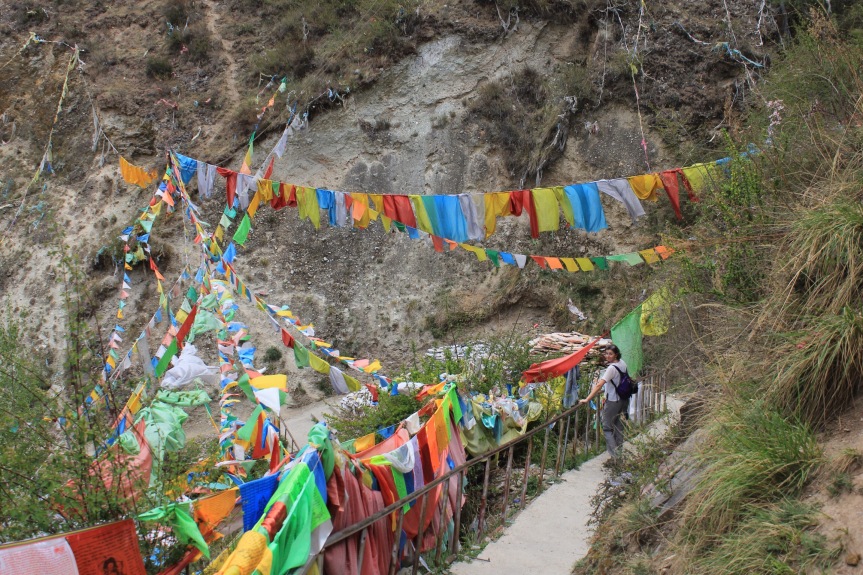 We come across prayer wheels in the most unlikely places along our walk and we pass some very beautiful women who have their long hair braided into elaborate plaits adorned with Tibetan beads. 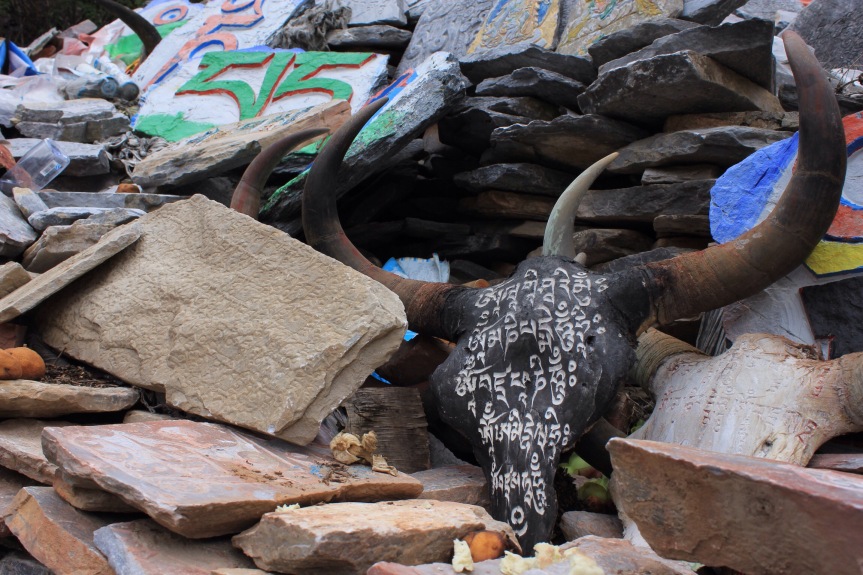 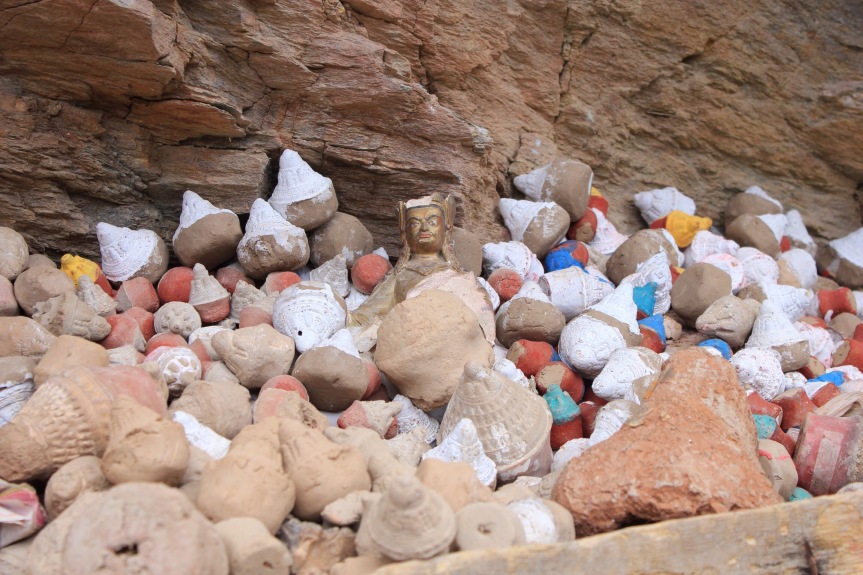 It’s been a nice rest day and we spend the evening drinking butter milk tea, people watching and catching up on our books.