Like all the literature says, Mandalay is rather a disappointment. We had one day to explore some of what the city had to offer before taking the river boat downstream to Bagan. After our 4 day cycle to reach here we were very happy to take a backseat in terms of the ‘itinerary planning’ and so mum and dad hired us a day taxi (there are no tuk tuks in Mandalay!) and we spent the day exploring some of the main temples and monasteries.

We also indulged in our first proper western meal which was, to tell you the truth, very very enjoyable!

Occasionally you need that taste of home, even if what your eating is a poor imitation of home comfort food.

We also enjoyed a great sunset over the river and polished off the evening with a traditional puppet show which was very interesting despite some of the puppets lacking a little ‘finesse’. The erratic half flying horse sequence was probably the best… 🙂

The next day we spent the whole day on the boat down to Bagan. Expensive at $40 a ticket (they charged $5 extra for the bike). Mind the baggage handlers at the dock area who will insist on carrying your bags down the steps. At first they perceive to be part of the boat team but it soon becomes clear that they are a very well organised scam, placing official looking tags on your bags which don’t really mean anything and then demanding 1000k from each person.

The trip was a very pleasant way to travel though and we all enjoyed relaxing on the boat and taking in the scenery. We teach mum and dad Yahtzee and have a good few games along with partner whist. Mum manages to beat everyone in both games despite having to double check the rules at every go!

We arrive at the north port in Bagan at 6ish. All the major roads into Bagan town have checkpoint stations where tourists are required to pay a $22 admission fee for the site. Normally we wouldn’t mind paying this fee but currently in Burma most of this money goes straight to the government with very little of it actually going to the upkeep of the actual archaeological site. We would prefer to donate to each temple as we visit, and hand out cash individuals rather than propping up the corrupt system (plus we’re trying to save some pennies!).

If you are arriving by taxi, bus or other kind of transfer it’s difficult to avoid paying the fee. Being on the bike, we were able to cycle the back way through the shanty towns on the edge of the city but if you were wiling to carry your bags you could also walk it. It was hard going on the bike sometimes but very doable and there’s a good article on the wiki travel web page on how to skirt round the various ticket booths depending on which direction you are arriving from. You only really get asked for your tickets at the temples you can climb (8 in total).

The next 3 days were spent exploring the 4000 (there used to be twice that before the 1975 earthquake!) temple sites which litter the flat planes of Bagan. We enjoyed tailing mum and dad on our tandem as they trotted around on their horse (called War Horse) and cart.

If you cycle, take care on the very sandy roads!

Some pictures to end… 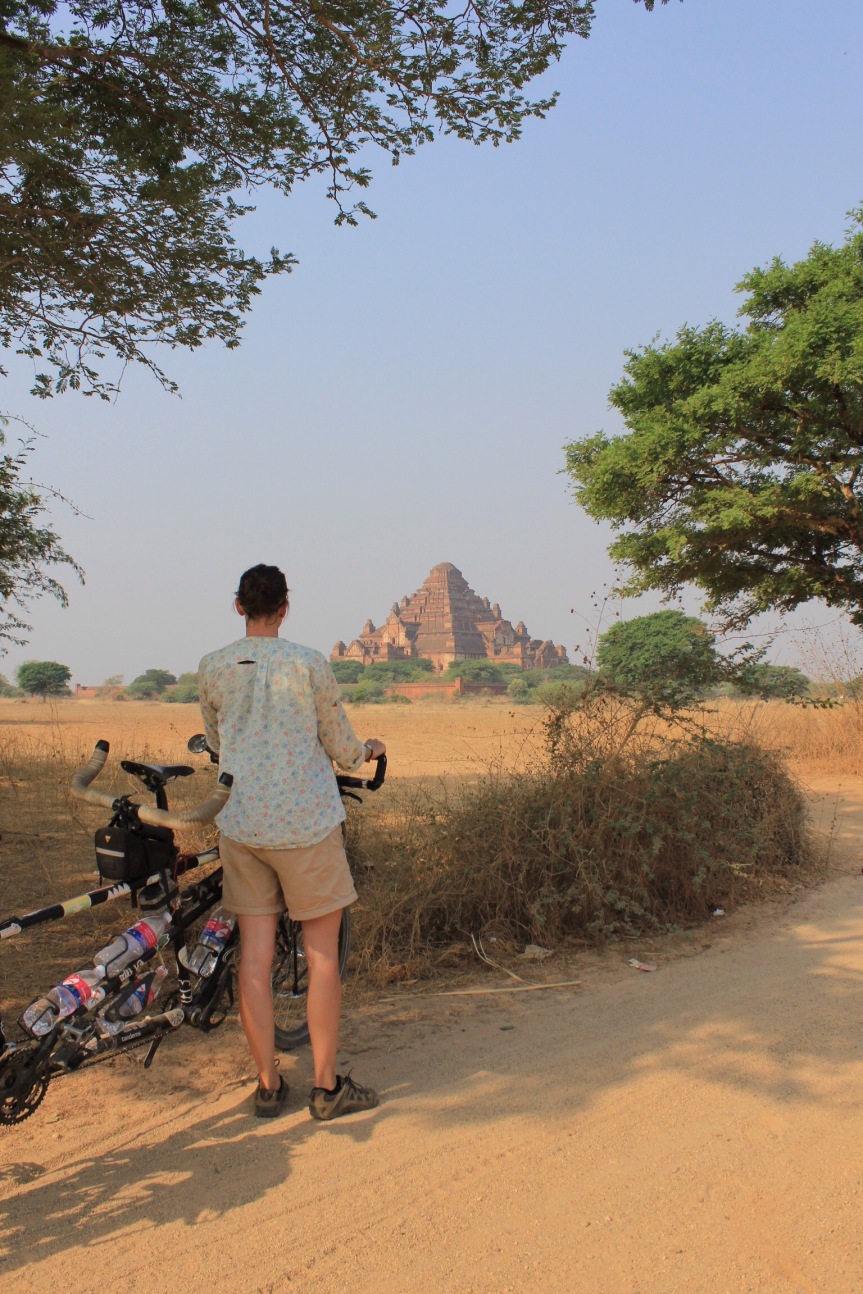 One thought on “Bagan and Mandalay with the Sheens”