Before we departed from Cobh we were keen to take a day trip over to Spike Island. Spike has a fascinating history but it also holds a strong personal connection for Paddy and his dad’s family because it was where Paddy’s grandad and great-uncle were posted during their service in the Irish Army.


Due to its natural protection thanks to its shape and size Cork Harbour has always been an important tactical naval base and Spike Island was the keystone for its military defence. The town was a stronghold for the British Navy ever since the Napoleonic Wars. Cobh was also the major embarkation port for Irish men, women and children who were committed and deported to the penal colonies such as Australia and Spike for an extended time acted as a mass prison for these ‘convicts’. It remained a prison throughout the War of Independence.

After the establishment of the Irish Free State, Britain retained control of three strategically important Irish ports one of which was Cork Harbour and consequently Spike Island remained a British Royal Navy stronghold until 1938. Paddy’s grandfather and great uncle attended (and raised the Irish flag) at the ceremony.

After the handover the island remained an Irish navy base, prison and ‘correction centre’ until 2004. In 1985 an infamous incident happened where the prisoners managed to ‘escape’ to the island’s quayside and, finding that there was no boat to take them to the mainland, consequently broke back in to the prison with an abandoned JCB, set fire to their prison block, and climbed the roof of the main building before being re-captured! Brilliant!! The island is now a 103 acre museum. 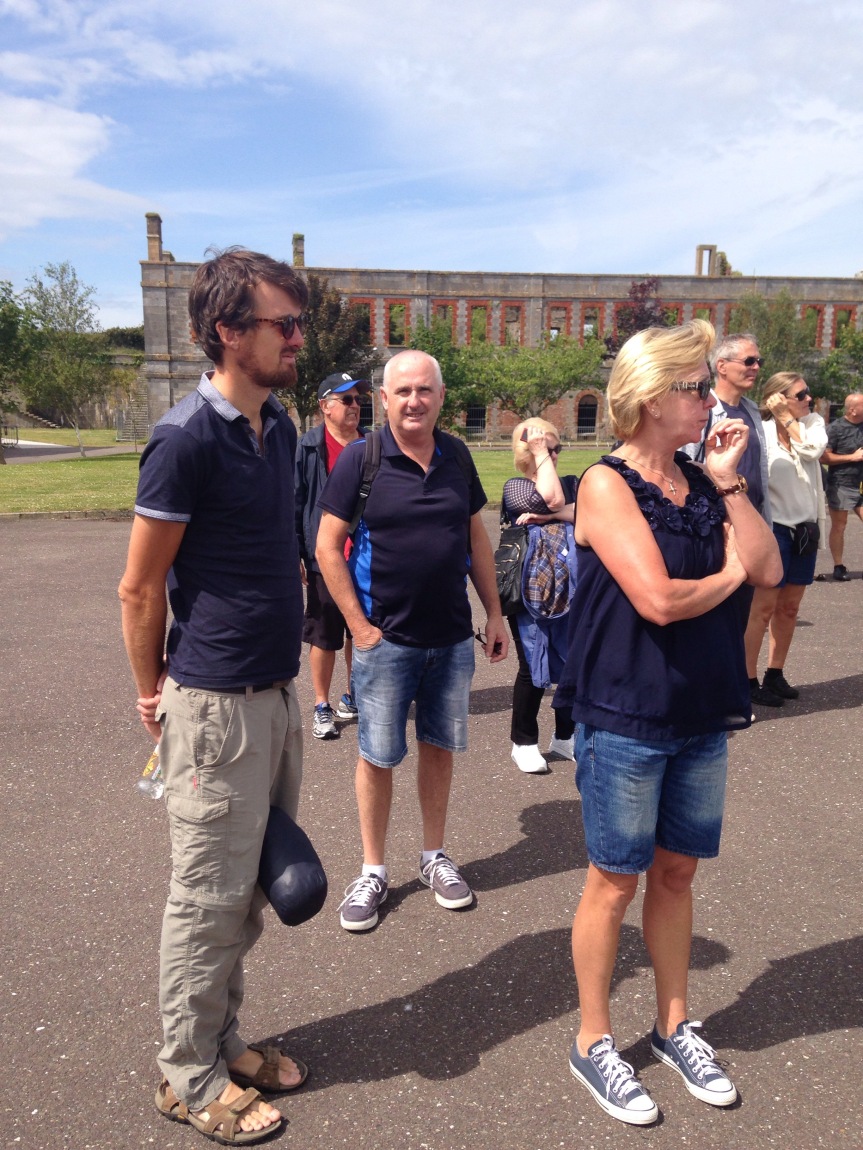 It has been great to visit sites like Spike Island and learn more about Irish history and the part Britain played in it. Although the pass-over of Spike was a peaceful and apparently jovial affair, I know the handover of most of the other Irish territory by the British was not so convivial! Since learning more about Irish history I feel a bit embarrassed that I hadn’t known much about it before. I have felt the same kind of feeling when visiting other countries on the trip such as Myanmar and Iran. I’m no historian and I know we can’t necessarily link the British occupation with the civil war that happened after – or everything that happened during the troubles – (the same is true for Myanmar and Iran), but I can’t help thinking had Britain not been so god damn greedy and arrogant in the first place, world history would look a lot more peaceful today.

I bring this up now because visiting Spike Island was an important part of my learning about past British foreign policy. This has been a really important strand for me throughout the trip. Questioning what it means to be British in an international context, and my relationship with my home country when learning history through new perspectives; the other side of the lens as it were. I think we still have a terrible knack of glorifying and justifying the British Empire at home. I certainly remember being fed the positive rhetoric of the Empire in school – looking at a world map, half the landmass stained red, to show just how ‘powerful my country once was’.

I guess what I’m trying to say, is that we Brits have a lot to answer for, and I don’t think we are very good at knowing the full truth regarding our past political actions abroad. I’m not justifying anti-British sentiment in any form – more that it’s our duty to understand our link to certain situations – such as why the border crossing between north and south in Ireland is such a sensitive topic for the Brexit negotiations currently or why it’s so difficult for Brits to get an Iranian visa. Visiting Spike Island and learning about Paddy’s grandad and great uncle was an invaluable milestone for me in all of the above.
﻿