It was well over 100km to the Turkmen border from Bukhara. Unfortunately, Jean – who had been planning to ride with us – found out she had no choice but to cross on the dates she had specified on her original visa application so Paddy and I rolled out of town on our own.

Uzbekistan had depleted our stock of dollars a bit more than we had expected but we managed to take out some extra bills before leaving – a very good thing as it’s virtually impossible to draw money out in Iran due to the international sanctions.

It was our first cloudy day and the weather was very close but the road remained good and was flat all the way. During a short water stop some locals came out to say hello and I ended up getting some big hugs and large fat kisses planted on my cheeks from this very jolly Uzbek lady.

Throughout the day we were tailed by a large convoy of these giant exhaust scrubbers which were slowly making their way to a power station in Karakol. 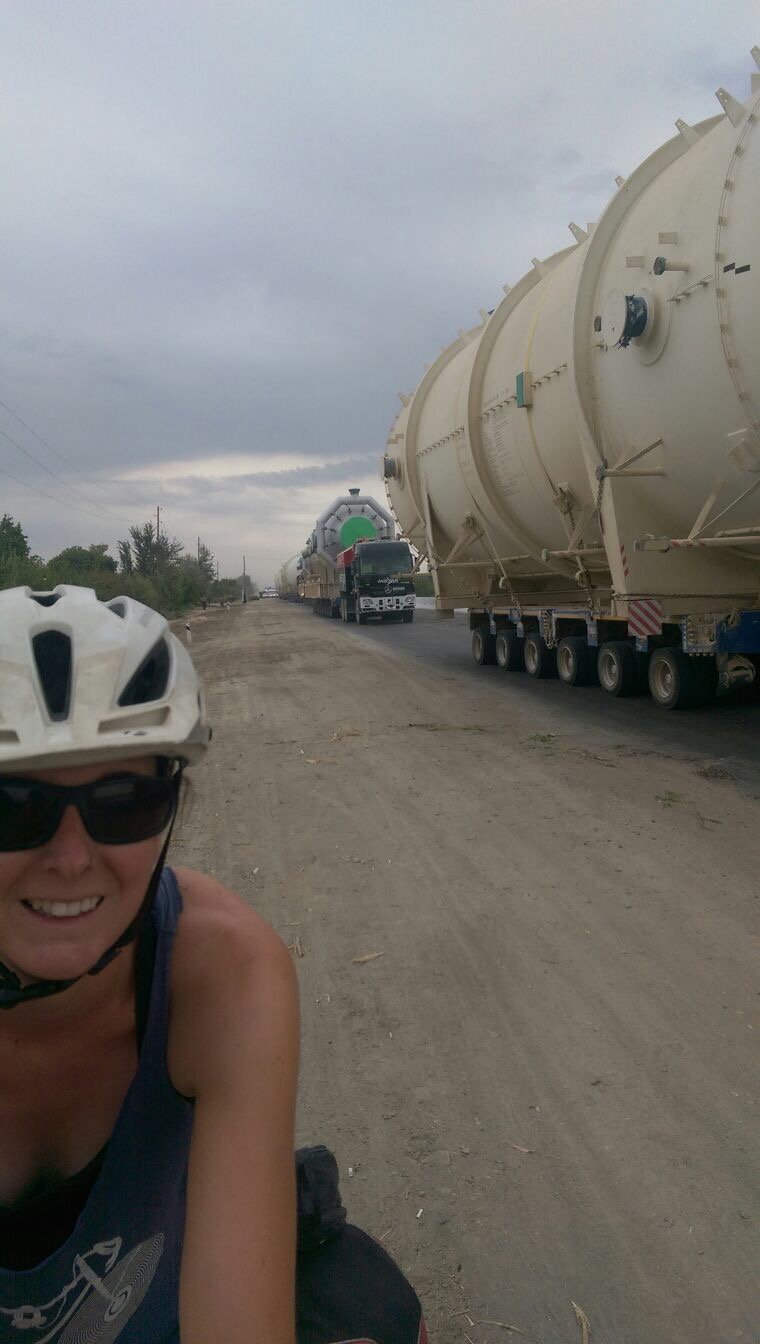 A large team of police flanked the convoy holding up and diverting the traffic but we were permitted to cycle alongside them. The things were so big that each electricity pylon had to be lifted by a team of guys with long poles so the trucks could pass underneath. Studying the text on the outside of the empty shells told us these things had come all the way from Korea… It was quite fun escorting them for the final leg of their journey!

We ended up passing each other out all day and by the afternoon we had got pretty familiar with the police drivers and the team of South Korean engineers who were travelling with them.

We camped by a large canal off the road that night just 7km from the border.

Uzbekistan has been a good warm up to the many historical sights and architecture which we’ll encounter in Iran. All there was left of our Central Asian adventure was to complete the four day, 470km dash across the Turkmenistan desert.

Iran feels like the last big adventure before the home stretch (through Armenia, Georgia and Turkey) back to Greece where we’ll leave the bike before flying home for a month over Xmas. I can’t really believe we’re in our 9th month of the trip!