It only took us two and a half days to complete the 260km to Bukhara from Samarkand. It was incredibly flat all the way and we had a strong tail wind pushing along for most of the time too.

It was nice camping with Jean who kept up with the tandem really easily even on the flat terrain.

We reached Bukhara before lunch and made our way to the old town which is where all the sights and hotels are. Internet access has been much more widespread here than we expected and after logging in all three of us were pretty shocked to see an email from the Turkmenistan embassy saying our five day transit visas had been granted with details of how to pick them up on the border.

Annoyingly Paddy and I had already booked our flights to Tehran from Aktau so we ended up having to cancel these losing 25% of the fee… Nevertheless, it wasn’t such a big price to pay and having the visa (our final one!) means we don’t have to head north on a big detour or worry about boxing up and flying with the bike to Tehran.

That evening a band played in the famous Lyabi-Hauz square to celebrate Uzbekistan Independance day (September 1st) which is a big national holiday across the country.

My friend Jo (Mario) arrived the next morning on a flight from Tashkent. It was very exciting having her here and we spent the majority of the first day sitting in the pool side restaurant catching up. 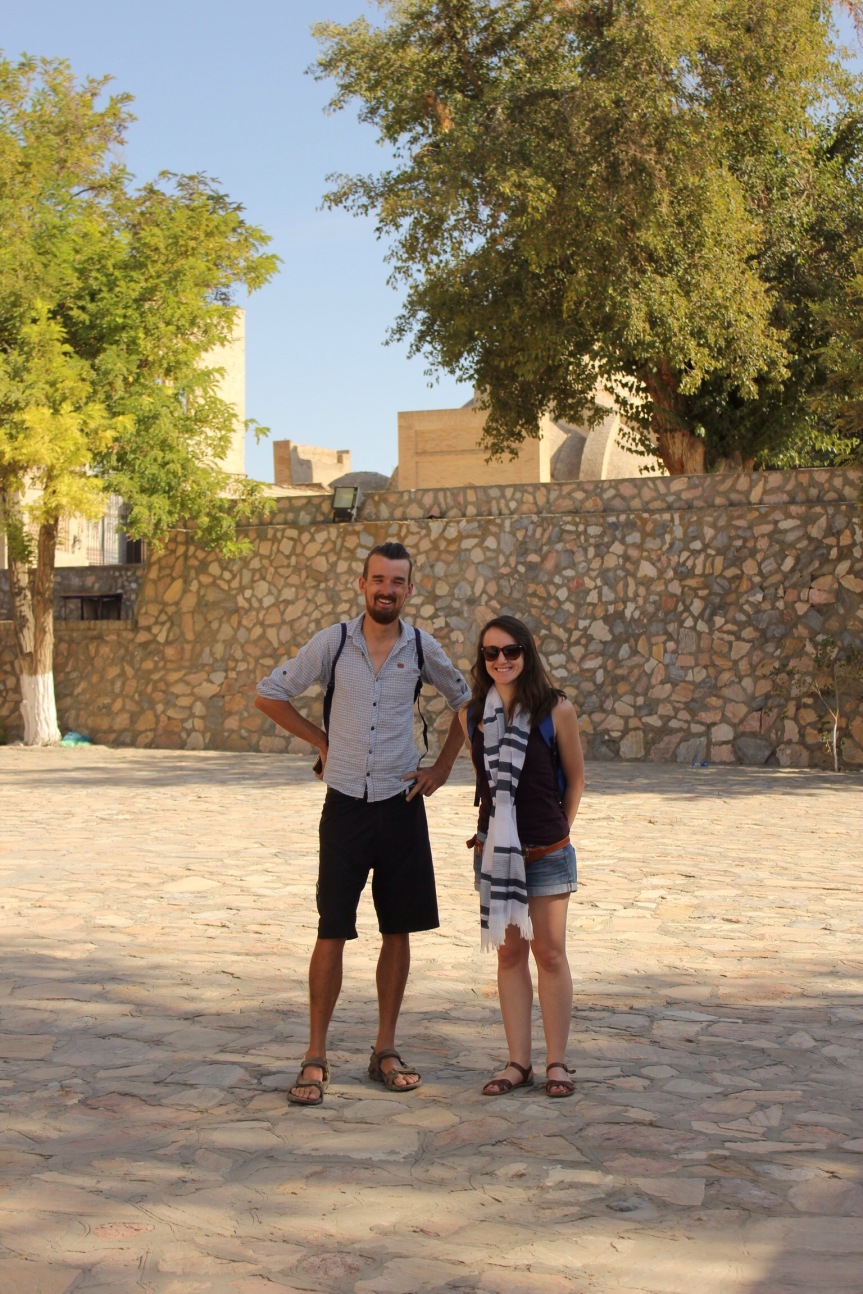 Bukhara old town is a bit like a preserved museum and most of the sites can be covered in two days. After a siesta we wondered around some of the streets in the afternoon sunshine.

We all rubbed the foot of Hoja Nusruddin – Uzbekistan’s mythical wise fool – which is supposed to bring you luck.

And visited some of the main Medressas which are similar in style to those in Samarkand.

We also took some time to try on the traditional Sheep wool hats which are still worn in Turmenistan. They are incredibly hot! 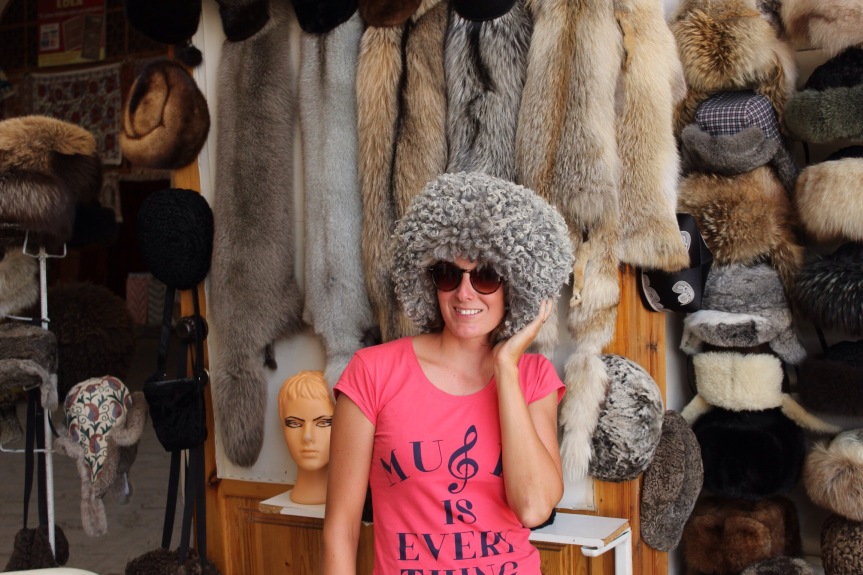 That evening the news that Uzbekistan’s long ruling president Karimov had died after suffering a stroke a few days before. This is big news for the country and the world because it is not clear what or who will take his place. It’s an interesting time to be in the country.

If you talk with locals most of them will genuinely praise Karimov as a great ruler. Lots of people have experienced a better quality of life under his rule, and they quote tourism, car maufactoring and most importantly, his successes with dealing with the Islamic extremist threat as his biggest achievements. How big this threat really is is hard to gauge. He is very well respected and loved by his people, whatever we have to say about his approach to ruling…

next morning was spent hitting the big sites – the old Ark palace where we had a great guide and the Kalon Mosque and Minaret which was built in 1127!