After our luxurious day of eating and drinking and being taken around the lake yesterday on the boat it was time to get back on the bike again and head north, our final destination being Mandalay on the 21st.

Our first leg would be the 61km to Pindaya where there is a large cave complex filled with thousands of Buddhas.

There is a steady but very manageable incline out of Nwyngshwe and then a flattish plateaux at the top. We meet some cool Americans at the turn off and stop to chat for a while. We have a very strong headwind in our faces which makes the cycle a bit gruelling from there on but the scenery is very nice.

We pass an extravagant ceremony taking place off from the road so we decide to stop to take a closer look. It turns out to be an initiation ceremony for 8 local boys who are about to embark on their first stint as a Buddhist monk. Some of the boys are tiny (5-6 years old) but they will probably only stay at the monastery for a few nights.

The whole town has come out to either take part in the ceremony or to watch. All the boys are dressed in colourful outfits and headdresses and mounted on beautifully groomed horses, flanked by golden parasols. A riderless horse leads the boys; the vacant seat signifying the presence of the Buddah. 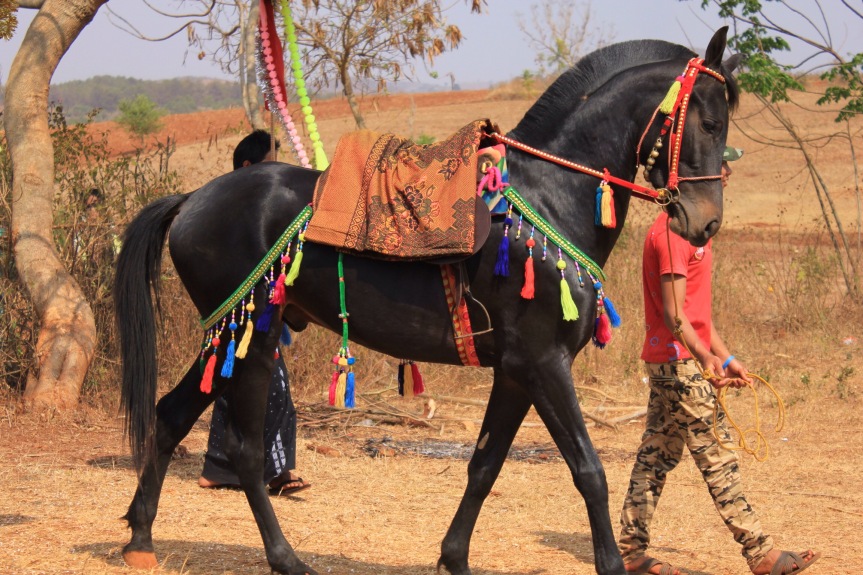 A long line of offerings carried by groups of young people (money, blankets, flowers) proceeds the boys. Four young women carry a plume of beautiful peacock feathers and a parasol and are apparently the teenage girls who will this year ‘come of age’. 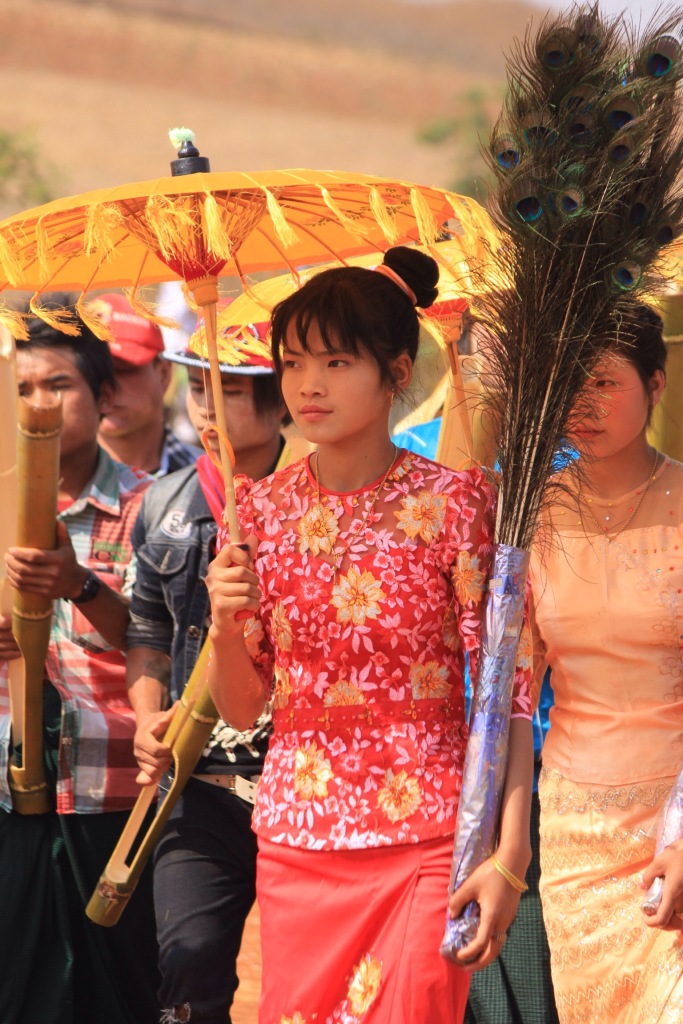 The long line of people makes a circuit around the village three times accompanied by live musicians.

This little guy is playing it cool…

We reach Pindaya which, is set around a large lake, at around 4pm. It’s very pretty and is a town which is clearly doing well from the tourism.

The only problem with Pindaya is the serious lack of affordable accommodation the cheapest we could find was $20 dollars with no breakfast. It is a true tourist trap and a cheap meal is also hard to come by… To top this off tourists also have to pay a $2 fee just to enter the town!! This would be like towns such as Falmouth, Cardigan or Harrogate starting to charge tourists £5 on their way in.

The cave is 3000 kyat to enter (hide your camera so you don’t get charged the additional 300 for that). I guess the cave complex is impressive but it’s very set up for visitors and is so lit up by lights that it lacked any real sense of wonder or mysticism for us. Having blown our budget on everything else the 20 mins we spent wondering around the statues just didn’t seem worth it really!

If you are strapped for time or are trying to save the pennies between the inevitable money traps of Inle and Bagan/Mandalay, we might suggest to leave Pindaya off your itinerary. The issue is the cycle between Inle and the next hotel in Ywengan which would be a long day… Possible if you are in good shape or only semi-loaded. If you have a tent definitely camping would be an option.