Having conquered the almighty Bokor Mountain yesterday we took the morning off to rest our legs and sort and re-pack our gear at the hostel.

It has been great camping there by the river and after a huge breakfast with fresh rolls (and real butter!) we said our goodbyes and headed to the old market in Kampot to stock up on provisions for the next few days.

The bike was looking and feeling great after the good clean we gave it last night and despite it turning into a very hot day we felt confident about our 40km cycle to Kiri Sela in Kampong Trach.

The food market was incredible – a bustling hive of activity, with hundreds of makeshift stalls selling every sea food imaginable all packed in under a low, drooping corrregated iron roof. 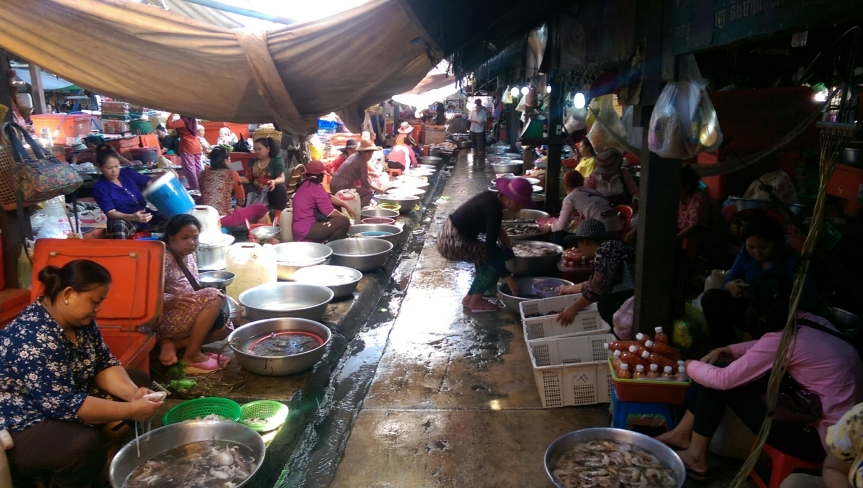 We got what we needed (we’re generally living off green tea, nuts (peanuts not cashews as they are ridiculously expensive here!) noodles, rice, veg and eggs when we camp) and at around noon headed south along the same road we had come from the Vietnamese border 4 days ago.

Right from the off the first stretch was a real slog. Yesterday’s ‘victory climb’ was soon forgotten as a combination of the midday sun and a strong head wind resulted in us both feeling pretty grumpy. We didnt even have the distraction of cycling a new stretch of road to help pass the time. We agreed to stop for lunch early, taking solace in a little grove of trees down a side track.

Fuled with food we got going again and we managed to arrive in Kampong Trach at around 4.15pm. Having cycled through the town we took a left turn down towards the temple and came across this beauty of a camping spot. After some deliberation we decided it was safe to camp.

We made friends with a passing farmer who was collecting his grazing cattle from the spot and made him tea. He and his little boy seemed pretty chilled when we showed him our tent, he was more interested in our stove and blow up mattresses so we assumed we were ok.

We covered up from the midges and got cooking. We ate as the moon was coming up over the hill followed by an episode of The West Wing before we went to bed. Feeling pretty satisfied we turned over and it was then that I noticed Paddy’s back… Covered in bites… Yikes! 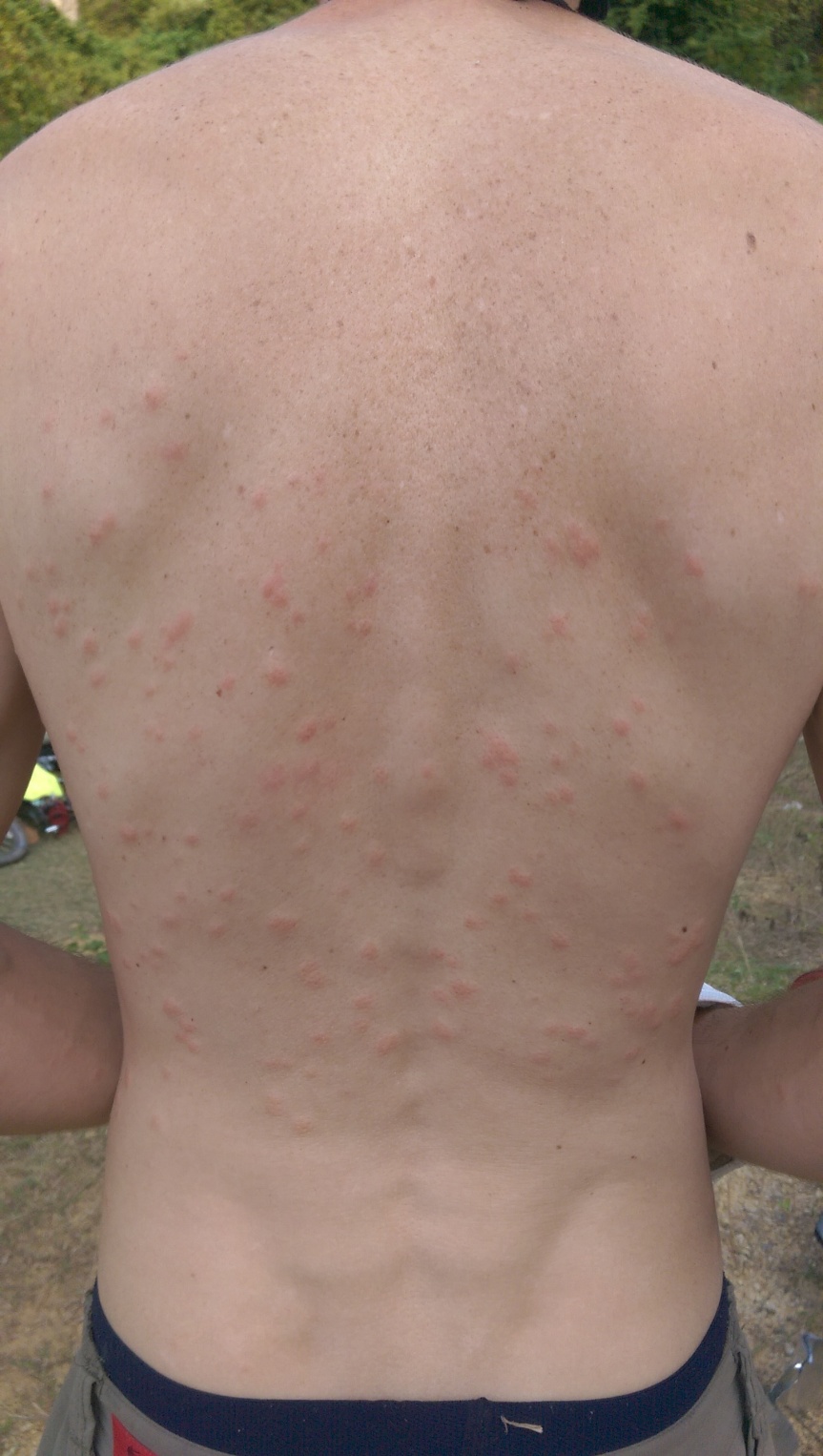 Not wanting to worry too much we took an antihistamine each and turned the light off.

We woke at first light, wanting to get going towards Takeo after a quick tour of the nearby caves. While I was packing down the tent I hear a loud exclamation from Paddy. Ants everywhere, in our shoes, in our food bag…. Everywhere! It transpires we had managed to camp directly on an ant highway.

It took a long time to shake the bags and tent free of the little buggers, but we celebrated with fried tatties and scrambled egg and finally cycled around the corner to Kiri Sela where we were immediately met by a chorus of kids wanting to be our guide. These two got the job:

and immediately treated us to what we later called a ‘guide off’ – interupting eachother with the same pre-learned tour script which mainly involved showing us rocks which vaguely resmbled different animals. They also showed Paddy how to make a red beak out of a plant. Needless to say we tipped them each a dollar for entertainment value.

The tunnels and caves were incredible with a reclining buddah shrine in the middle. We also saw some monkeys and a spooky colony of hanging bats.

Onwards to Takeo which is approx 75km ride away.